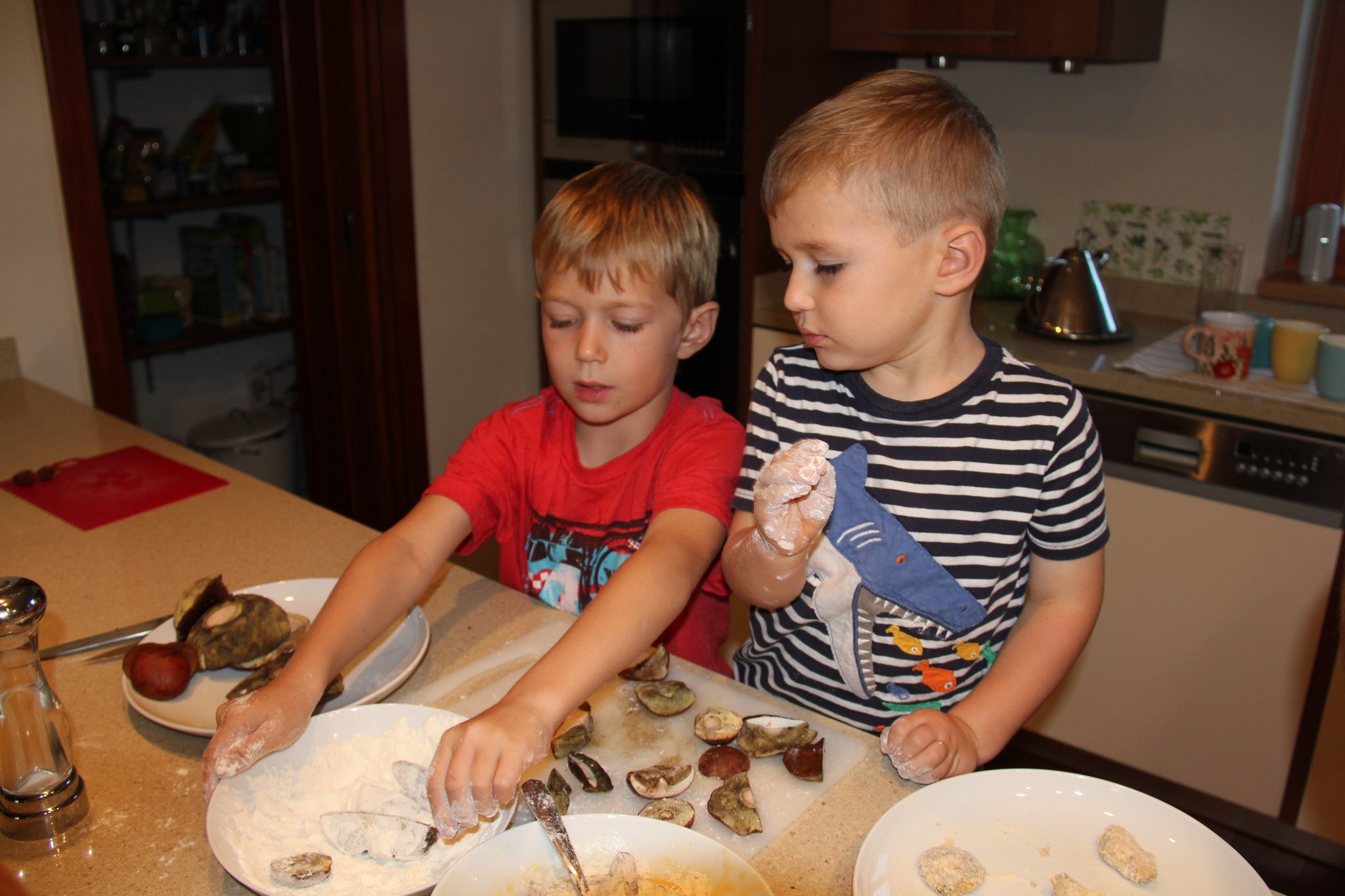 A different spin on a walk in the woods

For many Czechs, mushroom hunting is a relaxing autumn pastime, one that is both connected to nature and has practical implications. From young children to grandparents with walking sticks, most of the Czech population actively enjoys mushrooming. Mushroom season traditionally runs from April to November. Now with the first few hectic weeks of back-to-school adjustments behind us, a chance to spend a weekend morning outdoors in nature is a welcome respite.

Mushrooming can be relaxing, but it does take getting used it, especially for finish-line oriented hikers like myself. As an adult, I’m used to reading the trail signs, calculating the distance and encouraging my children to “keep up a good pace.” Walking through the woods in Virginia, our family typically sets out to climb a peak or to reach a particular destination. Czechs, on the other hand, seem to be used to longer meanderings with frequent stops along the way. In the Czech countryside and forests there is nearly always an outdoor stand (or two or three) for grabbing a hot drink in the winter or a cool beer in the summer.

While hiking on the Czech marked trails, I’m always surprised when it seems to cut right along someone’s agricultural field or directly behind someone’s back yard. In the US, I’m used to seeing more NO TRASPASSING SIGNS warning strangers to back off from private property. We don’t typically hunt mushrooms in our forests back home, although a few dedicated woodsmen look for “morel” mushrooms. In the States we have a saying, leave only footprints, and take only memories and photos. Picking wildflowers in state parks is definitely a no-no, yet picking berries is generally okay. I’m not sure where picking mushrooms falls on that spectrum. Almost no one picks mushrooms in the States, and many people fear picking the wrong mushroom and getting terrible ill.

In any case, when my children found and uprooted an edible mushroom in the woods near the beach picnic area of the state park in my hometown, they brought their find proudly to our picnic table. Expecting praise for their sharp eyes, instead they received criticism. Embarrassed, my mother told them to put the mushroom back straightaway. Disappointed because, as they insisted, it was an edible mushroom, they glumly trudged to replant it. I tried to explain the rules, but I think it still didn’t make that much sense considering the freedom they take for granted in the Czech campgrounds and forests.

Unlike our typical hikes, mushrooming walks don’t have to have a destination, although we often cover quite a bit of trail in the thrill of the hunt. It’s not surprising to discover that the same children whose legs were too tired to walk another step suddenly become energetic once they spot their first edible mushroom. You can’t find mushrooms if you’re tromping through the grass and undergrowth at top speed. Mushrooming isn’t a test of speed. Training your eyes on the ground in front of you, while scanning the ground to either side, requires patience and discipline. Nor, is it a competition for noise, as my husband has frequently, but patiently, explained to the children when their cries echo through the forest. Loud noises might not disturb the mushrooms, but it sure does make the sport less pleasant for your fellow mushroom hunters. And, if you’re hunting for mushrooms in the Czech countryside, it is reasonable to expect that, unlike Little Red Riding Hood, you won’t have the woods to yourself.

Mushroom hunting usually doesn’t require heavy physical exertion, unless you count the act of stooping to the ground to pull the mushroom up by its root. Mushrooms should be identified before picking them, which, for me, means putting my head down to the underside of the mushroom cap to see if I can see spores or gills. According to Czech practice, all types of mushrooms with spores underneath are edible. This significant distinction means even four-year-old Samuel possesses the skill-set to be an independent mushroom hunter. Mushrooms with gills must be further identified, either by a Czech well-versed in mushroom picking or a local expert. While not all Czechs enjoy eating mushrooms, many non-mushroom eaters still join their families and friends to gather the mushrooms

The Czech traditional of mushroom hunting can even border on the religious, in a very nature-based commune-with-the-forest way. A few weekends ago I went into the woods with my Czech friend Lucka and our six children collectively. We traipsed along a path through tall, wet grasses until we found a semi-shaded spot that my friend thought might be good for mushrooms. When Oliver moaned that we surely wouldn’t find any mushrooms, Lucka, only half-jokingly, encouraged all the children to talk to the forest.

“Ask the forest to show you mushrooms,” she told Anna Lee, “you’ll find that the forest gives you what you’re looking for.” While I took her words to be simple encouragement to the kids to keep walking and stop whining, Anna Lee took Lucka’s words to heart. She headed off forging her own path, and within minutes she cried out that she’d spotted her first mushroom. That morning, we had a slim haul – only a handful. Still, we’d spent four mostly pleasant hours in the forest with six young children, which I thought was an accomplishment too.

With no training in the art of mushrooming, I am learning alongside my children. The most-effective (and amusing) course of action once I’ve spotted a potential edible mushroom is to call out to whichever of my children happens to be nearby and ask him or her for help. Both Anna Lee and Oliver will gladly feel the underside of the mushroom to see if it has pores, gently pry it from the ground, roots and all, and then whip out their pocket knives to clean it. Typically, cleaning the mushrooms requires cutting off bits and pieces, particularly from older mushrooms that have already been tasted by curious forest creatures. Sam simply bends down and plucks the mushroom up. Sometimes, in his enthusiasm, he gets only the cap, and then together we go back to pull up the stem. 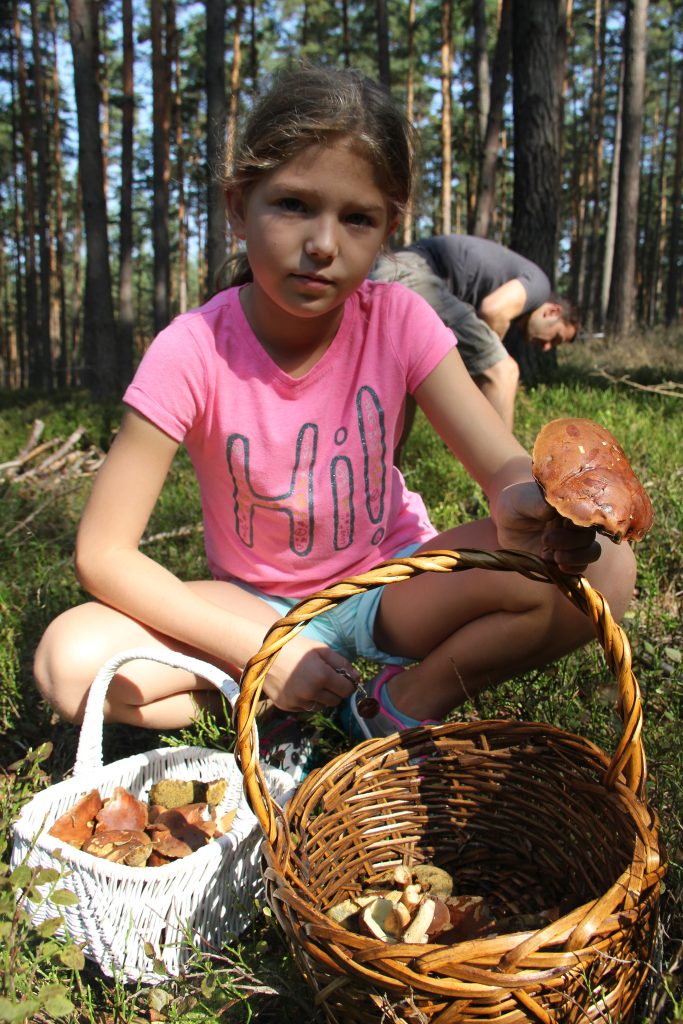 Not one of our children is a mushroom lover; still, they all like to eat mushroom řízky, breaded and deep-fried mushroom pieces. They like the tops of the immature modráky mushrooms the best and dislike the texture of the older, larger mushrooms’ spongier parts. Since the mushrooms we’d found earlier in the season hadn’t been good for řízky, the weekend after school started, we headed to Máchovo Jezero for round two.

The day before I’d competed in my first off-road triathlon at the lake, which in addition to the .5 km lake swim had included a 15 km mountain bike ride and a 5 km trail run. I’d pedaled and run as hard as I could through these very woods only hours before. Now, I was supposed to walk slowly. It was big adjustment. Promising to make řízky for Sunday night’s dinner, Radek turned the children loose when we reached the edge of the forest.

At his urging, they ran ahead of us, Oliver carrying a large, brown woven basket that Radek’s grandfather had given us specifically for mushrooming. Anna Lee held her own white wicker basket that she’d confiscated from the side of her bathtub where I typically store fresh washcloths. Anna also had her rybička, a small, pocketknife shaped like a carp that Czech children use for whittling, camping and fishing. Oliver had a new Swiss Army pocketknife as a souvenir from our camping trip in the US. Samuel, no knife in possession, lugged some firewood behind him as he walked. In the forest surrounding the camp all downed wood could be taken and used at the communal campfire pits to roast sausages or have a bonfire. I’d brought along marshmallows from the US that we thought we’d try to roast later that afternoon.

Enthusiastic and boisterous, the children’s voices traveled through the woods. Explaining that mushroom gathering was supposed to be a relaxing, calm activity, we reminded the kids that we weren’t in a hurry to get anywhere. We wanted to use our eyes to see if we could spot some mushrooms, but it wasn’t a competition either. Basically, everything that we usually told them when we were hiking, we said the opposite.

As luck would have it, the combination of a rainy week and a few hot, sunny days afterward had made the forest prime for mushrooming. We found many of the modrák variety, a yellowish-brown capped mushroom with a reddish stem whose cap turns blue upon being touched. There were brownish leaves on the forest floor, so we had to look twice to discern leaf from mushroom. As the children trampled the wild blueberry bushes, Radek reminded them of the Czech wife’s tale that “every mushroom has a brother;” meaning they should mind their steps. Sure enough, most of the time we spotted the mushrooms in small clusters, usually amongst the blueberry bushes.

The kids got into the spirit of the hunt, and we soon had filled the larger of the two baskets. Before they were tired of looking, we called it quits. We’d promised to make a campfire, and we still had to pack up and get back to Prague for school on Monday. It had been a quick trip, but the time in the forest had yielded enough mushrooms for a dinner of řízky and a freezer for winter-time mushroom soups.

With babi léto (Indian summer) in the weekend’s forecast, it could be one of the last chances to go mushrooming before the weather turns again. I expect the woods will be crowded. Since my family has enough mushrooms in the freezer to last this season, I’ll probably suggest that we go on a family hike instead – perhaps one with a destination, just to mix things up a bit. 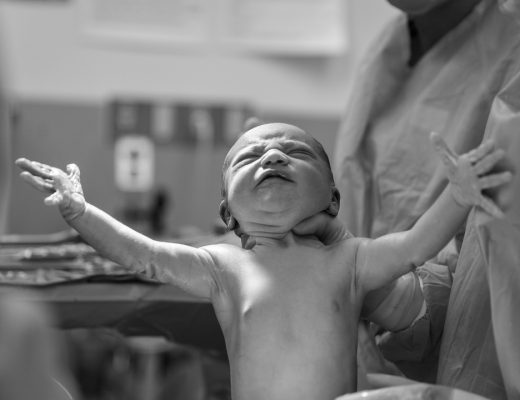 To cut or not 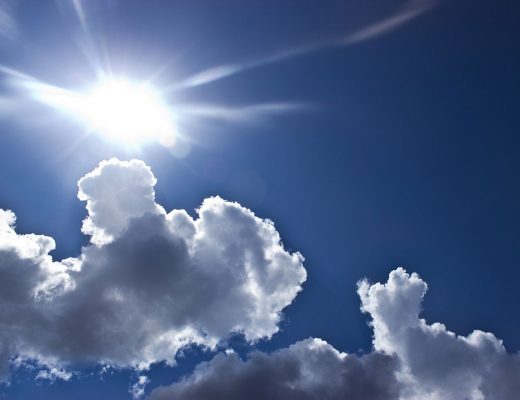 A week in the tropics 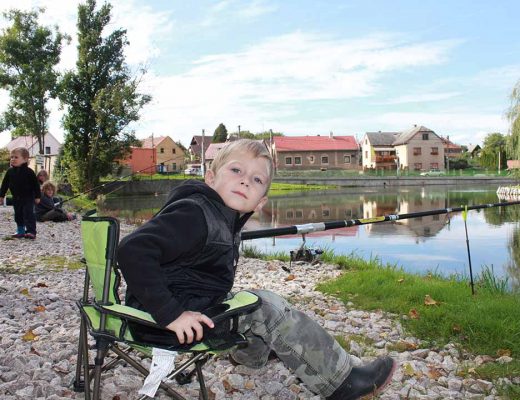 Last ski weekend in the Krkonos Mountains at Pec p

Brothers. New environments and changes to their us

After seeing all the trash on Haad Sin beach in Ko