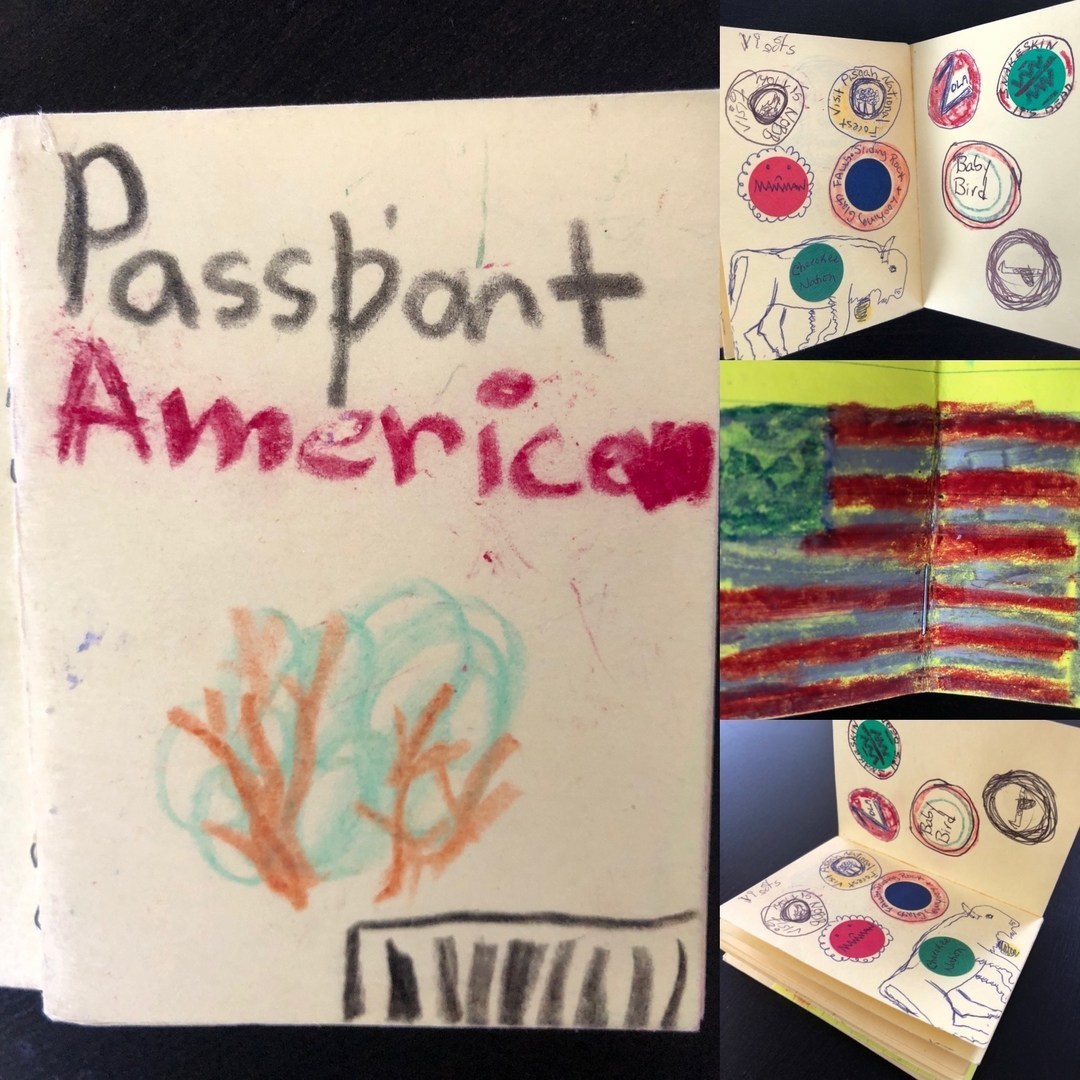 This week’s Half ‘n Half is about how the 2016 election raised questions for my Czech American children (and me) on belonging and our place in this world. The story begins more than 7 years ago in the summer of 2011.

“I’m going to be the officer,” my then 8-year-old daughter, Anna says, “You guys line up here.” She motions to her two younger brothers. She has turned a white table with stenciled farm animals into an immigration desk, like the ones we have stood before in airports as long as she can remember.

As I listen to my children playacting, I remember back to the first time our family was questioned upon our arrival to the US, the year before my husband, who is Czech, decided to give up his US Green card and apply for a tourist visa.  Though my husband received his Green card when we were married, we soon realized that entering the US on a Green card raised alarm bells at the border.

I smiled and looked the DHS officer in the eye, as he took my family’s passports, four blue books and one red one. He glanced at the stamp on the customs form, at the children’s travel suitcases embroidered with their names and asked, “Why are you being sent to secondary?” referring to the extra level of inspection that non-citizens were routinely put through before admission to the US.

“Oh, it’s because of him,” he said, motioning to my husband’s Czech passport.

Waiting in the small, hot room, my children were thirsty, then hungry. They wanted to know why we couldn’t go through to my parents, who had promised balloons and a Welcome banner when we arrived in Washington Dulles. They started to chase each other around the pile I made of the suitcases while I tried to keep my voice level and calm. Inside I was boiling. And frightened.

This was in 2011. Over the years, my children would learn their part at the border: Don’t speak to an immigration officer until he speaks to you. Say your name loud and clear. Don’t goof off. Let Mommy talk first.

Though we were always cordial to customs agents, I didn’t see that this level of security was necessary. I paid U.S. taxes. We should not have been afraid.

But my husband was seen as an outsider. I was afraid.

My children know how it feels to have immigration officials ask questions that put a sharp edge in their father’s voice and make their mother’s words tremble in the air. They have learned firsthand that crossing from one country to the next is a privilege not to be taken for granted.

“What do you think?” Anna waves her passport book in my face. She has colored grey stars and stripes on a red American flag and glued it in the middle of the book.

“I’m going to make a stamp for everywhere we visit in America.”

A part of me was not surprised that my children had spent the morning making their own passports. Like it or not, the fabric of the passport game has been woven into their young lives as intricately as the patches on the faded quilt that covers my childhood bed where my daughter sleeps when we visit.

In the age of Trump, when fear, nationalism, and racism have spread from the United States outward toward Europe and beyond, even raising my children in a fairytale village outside of Prague doesn’t keep them safe from the Trump-created crises that pop up on their social media and in the news.

It has been years since the summer they played the passport game. My daughter is now a teenager, more interested in taking artsy photos for her Instagram feed than in coloring, and my two sons are inquisitive pre-teens.

We live far from Washington and daily doses of political news with headlines each more dramatic than the next. Still, when the US makes international news, my children want to know what’s going on.

With the impeachment trial underway, I thought back to my conversation with Oliver about the wall on the day of the election.

We were in the car on the way to the store when Oliver asked, “Mom, President Trump won’t do anything bad to Česko, will he?”

“I mean, his bývalá žena is Czech, right?”

I was surprised Oliver knew that Ivana is Czech. I was not surprised that Oliver didn’t know the word for “ex-wife” in English. My children flipflop between English, Czech and their own mixed “Czechlish” like they switch gears on their bikes to get up the steep hill to our house without slowing down.

“If Trump does build a wall, we’ll get past it, right? Daddy, too?” Oliver leaned forward in the backseat until his head touched my shoulder. I could almost see him thinking about casting for bass at Lost Lake with my father. “What if something bad happens in America? Can Grana and Opa come here to live?”

I remember trying to quell my son’s fears, telling him that a president could not build such a wall. It would be nonsense, and the other branches of the government wouldn’t let it happen. When he insisted, I told him that, “Yes, we could likely get through it.” Even as I said it, the reality made me mad.

“But, would you want to stand on one side and know that other good people were stuck on the other side?” I asked. Oliver shook his head. We were both close to tears.

“Let’s not talk about it anymore, Mom.” He added, “My friend, Matyáš, he says Trump is like President Zeman.” (Miloš Zeman, the current Czech President is a controversial national figure, whose views on immigration are similar to Trump’s, although his international reach is far weaker.)

Later that night when my children were in bed, I had told my mother about my conversation with Oliver. In return, she said my sister-in-law called her that morning to ask, “If something bad happens in Europe, we’ll get Emily and the family back to America, right?”

My mom and I broke into nervous giggles wondering what the rest of my family in Virginia would think if they knew Oliver wanted to bring them to the Czech Republic to keep them safe. It is not that we thought the situation was funny. It was just that we didn’t know what else to do.

Nearly two years later, when Oliver heard the news mention Trump’s wall, he came to me saying, “But, I thought there wasn’t going to be a wall. You said he couldn’t do that, Mom.”

My heart sank. As much as I yearn to let my children live in their innocence as long as possible, I also want them to grow up with a wide world view. My family has been on the wrong side of the rules before (albeit, in a privileged sense). Still, Oliver knows it is not a pleasant experience to be one of “them” when you want to be an “us.”

Before I had a chance to respond, Oliver answered himself. “Mom, anyway, a wall will not fix it, people can get around a wall. I know that.”

When the familiar refrain of “Born in the USA,” blasts through the car’s speakers, my children sing along. They don’t know the words beyond the four-word refrain. But it is enough. Two of my children weren’t born in America, but they can still sing it. When they were small, they used to argue about whose song it could be – which one of them was the most American – and then somehow, they agreed the song could belong to all of them.

We need that inclusive spirit now more than ever. We can still do the right thing. But it takes the courage of a people united, not divided, to make the first step. 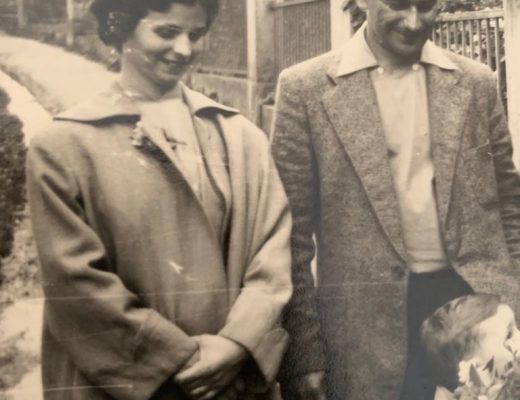 Grief 101: How My Daughter and I Mourned Death Together in Quarantine 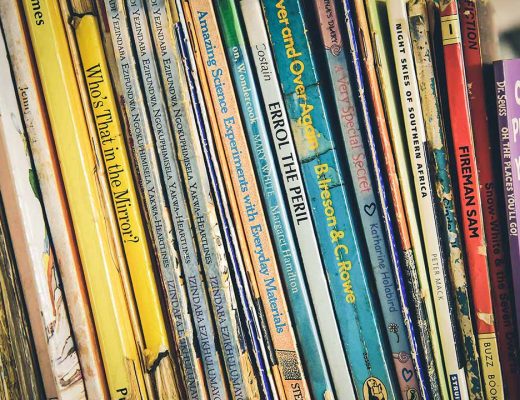 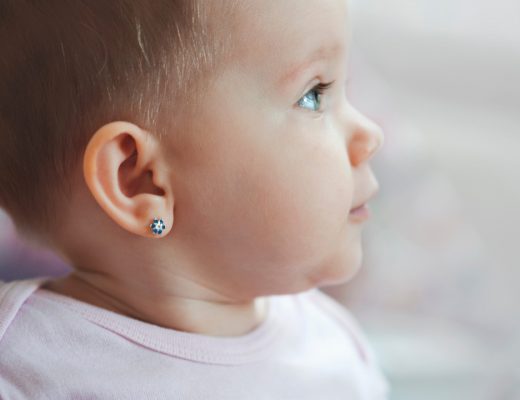 Happy Sunday! 🌲🍁 A day for dancing on hay b

If there is a story here, let it be the way the la

Biking with my boys on the trails in our neighborh

A fun afternoon goofing off with Sam in our neighb

This weekend, I got to do one of my favorite thing

Wrapping up our hiking weekend in Spindl on “pta

Today’s hike was about all water - from river wa

All smiles after an all-day hike along the ridges